Posture Dynamics – How we got started

How did you become involved with this product?

I have been speaking to you, and to thousands of our customers since 2001 when my wife Melady and I started Posture Dynamics marketing our special insoles to both professional offices and the general public via the web. I think most people think we come from the medical industry, and after working on this project since 1998, we probably sound like we are, but when they learn I am an electrical engineer and started out designing diagnostic ultrasound systems, they become curious what my path was to become involved in making insoles.

Since I’m 66, this is by default a long story, but a story I think many people can relate to. The days of retiring from your original employer, or one of your early employers, are long gone and so is the gold watch.

Like many of you, I started enthusiastically after graduating from college in my first job as an electrical engineer with a start-up company that had licensed a new ultrasound technology from the University of Washington. Not unlike our insoles, the Pulsed Doppler which allowed us to measure blood flow inside your arteries and veins from the surface of your skin, met with significant resistance from the establishment. While most American vascular surgeons claimed all they needed was a stethoscope, the Europeans were more open. Long story short, the company became wildly successful, and it seems what followed set a trend in my career. The company was sold, management changed, the company culture changed, and lots of people left, myself included.

Six jobs later, going through 4 mergers, one really bad company owner/president, and laid off after yet another merger, we soured on corporate life, concluded that job security was a myth and that we would be better off doing something on our own. This was still 18 years before becoming involved with our current endeavor.

Melady had, at the same time, gone through a similar corporate acquisition, so we determined to work together which we have done ever since and still love.

We started out with an import business, continued with patenting and licensing an invention, got recruited to start an Amway business, sold consulting business services door to door, cold calling on thousands of businesses and later starting our own consulting business. One of those cold calls would change our destiny.

We called on a small business in Lakewood Washington. Three guys worked together in an orthotist & prosthetist office, the office owner, a pedorthist, and a podiatric doctor who had retired from his practice in Bellevue. They had formed a company based on an invention by the podiatrist, and they were looking to market it.

If you believe in higher powers, which Melady and I do, we had been prepared for this meeting. 9 years before, I had surgery on both my knees for fractured meniscus, but my left knee was hurting again.

Six months after my initial meeting with this group, Melady and I started our own business coaching company, and while our original call did not lead to a business arrangement, they called me back just after our new coaching business had started and became our first client. Melady and I rapidly grew our coaching business, but within 3 months of working with this eclectic group, we were invited to partner with them.

I was already wearing their unique insoles, and my knee pain was long gone. In fact after getting my first pair, my pain instantly vanished, and to date has never returned. I thought these insoles would be a great product to market. Incidentally, my orthopedic surgeon after my surgeries said, “See you in 10 years.” I know now that they expect to either perform the surgery again to clean up additional meniscus fractures, or do a total knee replacement.

It became clear, relatively early, that the different personalities in this new venture were headed for the rocks. The first clash got the doctor, the pedorthist and me thrown out of the orthotist’s office. Not long thereafter, the podiatrist almost overnight packed up his belongings and left town, first for Florida and later to get out of the country, Mexico.

We had almost successfully reached a licensing agreement with Dr. Scholl’s. They conducted independent clinical trials which were positive, but we were shut down by marketing. It became clear that our insoles would never become a podiatry approved product. Dr. Scholl's decided not to take on anything that could potentially jeopardize their current podiatry based business. By now, even though we had raised capital to pay for patents and our licensing efforts, we were all out of money, and we desperately needed revenue. 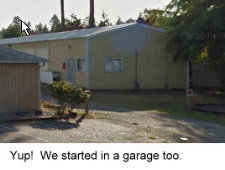 Melady and I believed strongly there had to be a way to market the insoles, so we decided to invest our savings and started Posture Dynamics. We licensed the technology from the partnership. Tom Dols, the pedorthist, came with us, we built the first website and started calling on chiropractors whom we thought, based on interviews, would be our most likely professional customers.

Ultimately, 3 years ago, Melady and I bought out the partners and became sole owners of the company.

As I write this, the podiatric field is still pursuing arch supports as their main orthotics component, but a number of more holistic oriented practitioners as well as mainstream therapists have embraced our technology.

We continue to expand our reach with mortonsfoot.com and we have decided to explore Amazon as an avenue for sharing information about our insoles. Over 50% of our mortosfoot.com sales is by word of mouth. So please share your ProKinetics experiece with your friends. Millions of people silently suffer with the kinds of pain our insoles help solve. Some of them, I am sure, are within our circle of influence.